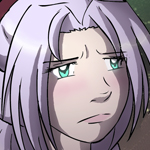 AsaHi is the wife of SoYa and the mother of FuSoYa. She is the cornerstone of the Ya family, often struggling to keep the peace between her irate son and absent-minded husband. She can sense that there is much that both SoYa and FuSoYa keep from her, but she trusts them both to do what they know is right and doesn’t pry into their business. She may appear to be magic-less, however, she has a connection to Zemi, the Patron of the Old World, that even she is not aware of yet.

You can find more about AsaHi in the following story: Dreigiau.

FuSoYa is the son of AsaHi and SoYa. He is a powerful magic user who can tap into the realms of many kinds of magic, including Mind Magery. Sometimes arrogant and stiff-mannered, he attempts to speak properly at all times and act older than his age. Taken from his home as a child and forced to train at the Manor, he is angry and spiteful towards his father, whom he blames for just about everything. He’s known for his sharp wit and is often feared by his peers and the Masters alike. He would love to become a part of the Anarchy force, who fight against the injustice of the Manor, but has no idea his father is the leader of the resistance. Instead, he is quickly promoted within the ranks of the Manor, becoming the youngest student granted the JourneyMaster position.

You can find more about FuSoYa in the following stories: Coming of the Darkstar and Wayrift. 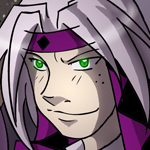 KiNaTu is an orphan who was taken in as an apprentice under SoYa’s guidance and care. He displays a wide range of potent Mind Mage abilities as well as keen knowledge of mechanical devices and technology. Despite his array of power and skills, KiNa remains humble and friendly, often befriending others easily. Though he can be spastic and eccentric at times, he is well-meaning and happily joins the Anarchy movement to help protect other people against the growing threat of the Manor. Ever quirky, once his mind is set upon something, he becomes fixated to a fault. His one dream is to build a flying device and learn to fly.

You can find more about KiNa, also known as Kip, in the following stories: Dreigiau, Shimmer, Coming of the Darkstar and Wayrift.

ShiKon is an orphan who spent much time on the streets as a young thief. She also displays Mind Mage abilities, which she has often used in the past for self preservation and survival. A tough and spirited girl, she joins the Anarchy movement to learn under SoYa’s teaching. She is extremely competitive and often tries to show-up KiNa and earn SoYa’s approval.

You can find more about ShiKon in the following story: Wayrift. 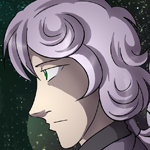 SoYa is the husband of AsaHi and father of FuSoYa. Constantly searching for the truth of the origins of his people, he often sees dream-visions that he doesn’t quite understand. One of the founding members of the Manor, SoYa appears to work for the organization, but only on the outside. His growing discontent was sealed when the Manor took his son against the family’s wishes. This sparked a plan of secret resistance, that has slowly grown into what is known as the Anarchy. Mild-mannered and somewhat absent-minded, no one would suspect that SoYa would foster and lead such a risky movement. He is also a skilled Mind Mage, and acts at a mentor to KiNa and ShiKon. His relationship with his son, FuSoYa, is often strained, despite his best efforts to secretly fight the Manor.

You can find more about SoYa in the following story: Dreigiau.

Zemus is a Master who works within the ranks of the Manor. Snide, clever and manipulative, he appears to enjoy the discomfort of others. He also has a charming side, which he uses to his advantage on the unwitting and unknowledgeable. He is constantly blocking SoYa’s suggestions and attempts, always criticizing his projects as nothing but a waste of time. Zemus is not happy to see FuSoYa’s quick promotion and often butts heads with Fu’s fiery temper and no-nonsense approach. His exact abilities are unknown, but he appears to be a mage who is skilled in dark magics.

You can find more about Zemus in the following story: Shimmer.